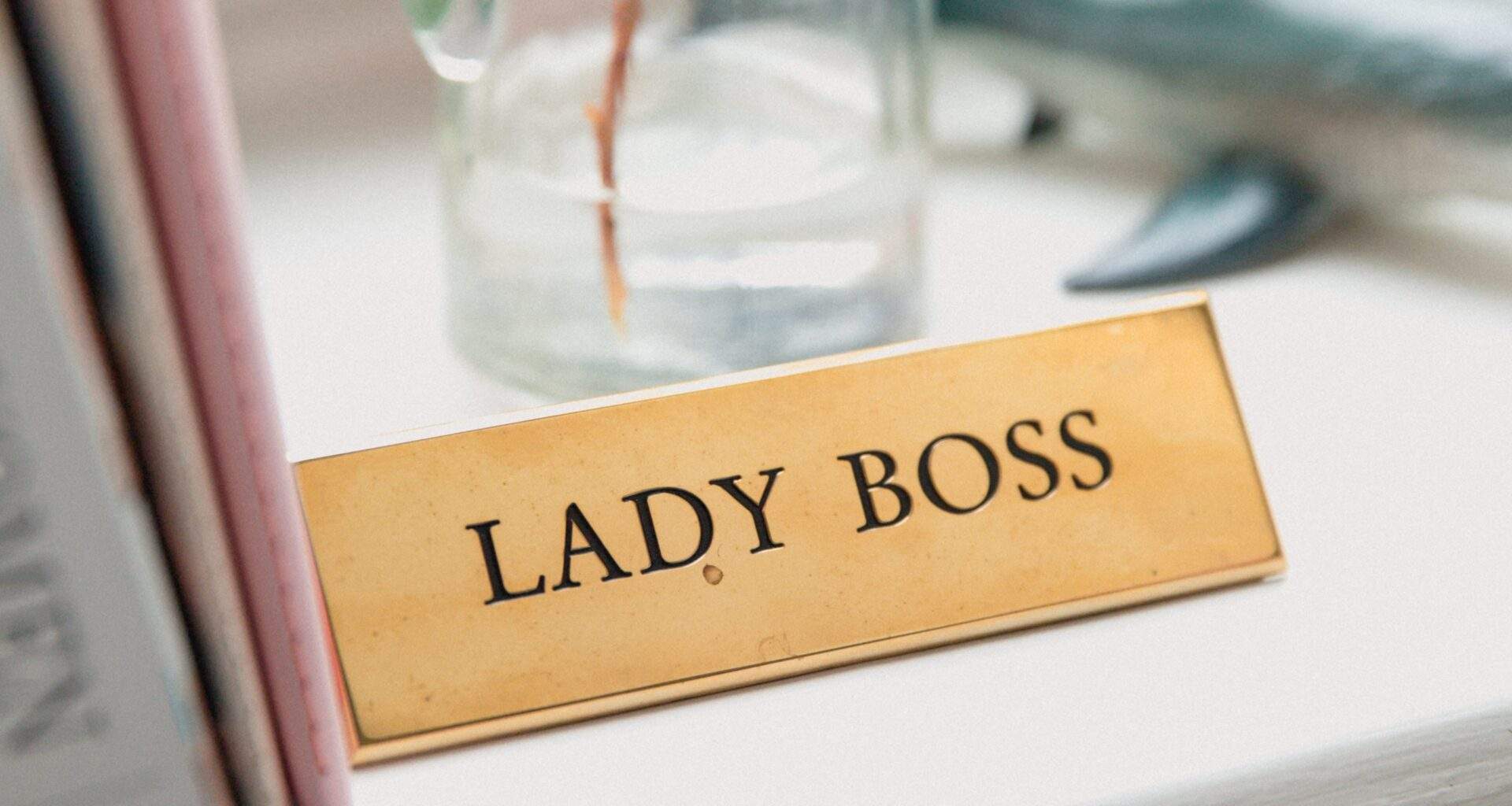 10 Truths Women in Leadership must Embrace

Women are the fastest-growing group of leaders in the country, but many still struggle with how to embrace their new roles. We talk about how women can succeed, and more importantly, we help them find ways to be themselves while doing so. We’ve compiled a list of 10 truths that will help you embrace your role as a leader and understand what it means to take charge:

People will react differently to the same behavior, depending on gender.

Women, in particular, need to understand that people will react differently to the same behavior depending on gender.

Men and women have different ways of communicating and leading. Men tend to use a more direct approach when they speak, while women tend to be indirect. This can be frustrating for both men and women who are trying to get things done (or simply have a good time).

Men also lead differently than women do; it’s important for leaders at all levels, not just those at the top positions in an organization, that these differences exist because they impact how decisions are made as well as how employees feel about their work environment–and ultimately affect productivity across an entire company or team.”

You don’t have to fit the traditional stereotype of a leader.

Don’t try to fit the traditional stereotype of a leader. You don’t have to be like your male counterparts, and you shouldn’t try to be. You can be yourself. Don’t feel the need to change who you are in order to succeed as a leader because there’s no one way or path that works for all women leaders—and it’s important that we all understand this!

You can’t be everything to everyone. Knowing yourself is important when trying to figure out if you’re ready for leadership. Sometimes we can get so caught up in what other people expect from us that we forget who we really are and what makes us great! So take some time, reflect on your strengths and weaknesses, then ask yourself: Am I truly ready? Be honest with yourself; don’t let anyone else define success for you (or at least try not).

To become a leader, you must be willing to take risks. The life of a leader is one filled with uncertainty, but it’s also one that allows you to achieve great things—if you’re willing to put yourself out there and try new things.

You may be afraid that taking risks will lead to failure; however, this can actually help build your confidence and make it easier for others to respect your abilities as a leader. If you don’t take any risks at all in life, then how will anyone ever know what kind of person or leader you are?

If there’s something about yourself that makes people uncomfortable (a trait like perfectionism), don’t let them hold back from trying something new because they think it won’t work out well enough for them or because they’re worried about being judged by others based on their successes/failures during the process!

Confidence and competence are often confused with one another, but they’re not the same. Confidence is a belief in your ability to succeed; competence means you can actually do what you say you can do.

Confidence isn’t the same thing as arrogance or overconfidence either. Arrogance is the belief that you’re better than everyone else without regard for actual results. Overconfidence is when a person believes they have more knowledge or skill than they actually have (think “the loudest voice in the room” syndrome). But confidence comes from experiencing success and learning from mistakes—and having strong relationships that help people bounce back after failure rather than letting it define them.

You’ve probably heard it before: be the person who walks into the room, and everyone already wants to be your friend. You don’t have to resort to playing a comedy character or being nice all of the time, but if you think that having a friendly demeanor is an act, you’re doing it wrong.

Be approachable and friendly with people. Say “hi” when others say “hello.” Smile when you can help it—it’s infectious! Don’t be afraid of getting close enough that someone could smell what you ate for lunch on Wednesday (though I would advise against joining them in eating whatever that was). When someone says something funny, laugh loudly and sincerely instead of just quietly laughing with your head down, so no one sees how happy they made you feel. This might seem unnatural at first, but once women start seeing themselves as leaders in their own right—and stop feeling like they have to fit into some sort of corporate model—they’ll find themselves able to laugh freely again without fear of judgment or retaliation from their peers.”

You can never stop learning.

You can never stop learning. There is always more to know, and you will never know everything. Be aware of this fact, and embrace it as a challenge rather than falling into the trap of dwelling on what you don’t know. Strive to learn something new every day, even if it’s just a new way of thinking or approaching an old problem at work. Don’t be afraid to ask questions—you may not know who has the right answer yet (or maybe even if there is one), but knowing how others approach certain issues can help you find answers yourself later down the line.

How do I keep learning?

Read often: Pick up a book that interests you and read it from cover to cover (or at least most of it!) without worrying about whether or not there are any “easy A points” in there for tests later on; just enjoy the experience! Afterward, if there are any questions that pop into your mind about what was learned during this exercise, then go ahead and look them up online or ask someone else about them; don’t hesitate because sometimes answers won’t come easily!

Keep a journal: Write down your thoughts about what you’re learning and why it’s important to you; it will help solidify the knowledge in your mind and make it easier for you to recall later on.

It’s not enough to just support other women. You have to take pride in the success of your female peers.

This is easier said than done, especially if you’re not used to being an active member of a community that celebrates women’s accomplishments. But it’s important to recognize when a fellow woman has done something great and celebrate her as much as possible. Your praise will boost her confidence and let others know she is worthy of praise. By celebrating other women’s successes, you are doing more than just supporting them: You are helping create an environment where success is possible for everyone—not just the people who look like or behave like yourself—which means that each person can be themselves without fear of judgment or retribution from others who do not understand them or appreciate their contributions.

Avoid the mistake of confusing charm for warmth. Charm is a superficial trait that can be used to manipulate and gain control over others. It’s something you wear like a mask—like how an actor might put on make-up before a performance or how you might smile when you feel tired, nervous, or angry in order to get through an interaction with someone else.

But true warmth is much more than just being friendly; it’s also about being genuine and authentic as well as honest with yourself and others. Warmth comes from within—it’s not something that you can turn on or off whenever convenient (though some people try). Instead of putting on a show for other people so they’ll like you better, work at developing yourself into someone who truly is likable because they’re likable! And let me tell ya: That person will win friends and influence people every time!

It’s a great goal to be like everyone else. It’s also not helpful to your career or happiness. You can have a career that looks different from someone else’s and be successful in a way that is unique to you. You don’t need to do what other people are doing or how they are doing it, just because it works for them or because their version of success is so popular.

It’s important for women leaders to embrace their own version of success because the more confident you feel in your own leadership style and approach, the better leader you’ll be able to become.

Women in leadership can be effective and successful

You can be an effective, successful, and great leader as a woman.

It doesn’t matter if you are male or female, young or old, rich or poor – if you want to lead, then follow these ten truths:

You must believe in yourself first and foremost before anyone else will believe in you. The world is full of skeptics who want to see proof that women leaders can succeed before they will support them or even acknowledge their value. Don’t let this get you down! Focus on what matters most – finding your own voice and trusting it implicitly when no one else does. If people don’t like what they hear from this new voice, then that’s not about them – it’s about them not liking themselves yet, so they project that onto others even though we all have our own journey to discover ourselves and find love for who we truly are!

It’s time to stop waiting to be invited into the boys’ club. You don’t need all the answers, and you don’t need permission. You just need confidence in yourself and your ability to succeed at anything you set your mind on—and that’s something that no one can take away from you. If we expect others to respect us as women, we must also first accept our own strength and power as leaders.

Regina E. Coley is an Educational Consultant and Speaker. She helps parents, teachers, and eduprenuers to cultivate their genius with diverse learning solutions. She strategically creates, consults, and coaches inclusive schools, students, and systems to increase achievement and advancement. As the founder of MotivatHER Inc., she curates safe spaces and content to motivate and inspire young women and girls with a heavy emphasis on girls of color. 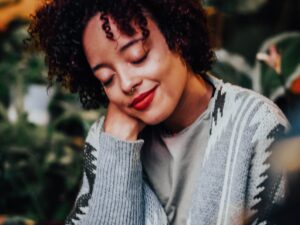 Choosing to Check In and Not Check Out: Finding Support in a Difficult World 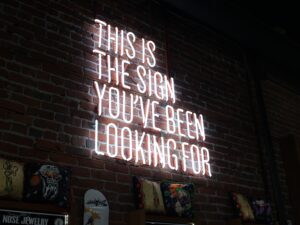 The Power of A Made Up Mind 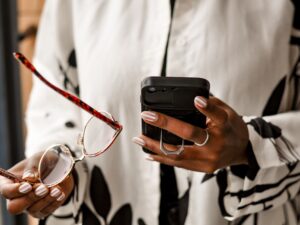 5 Tips for Personal Growth for Women